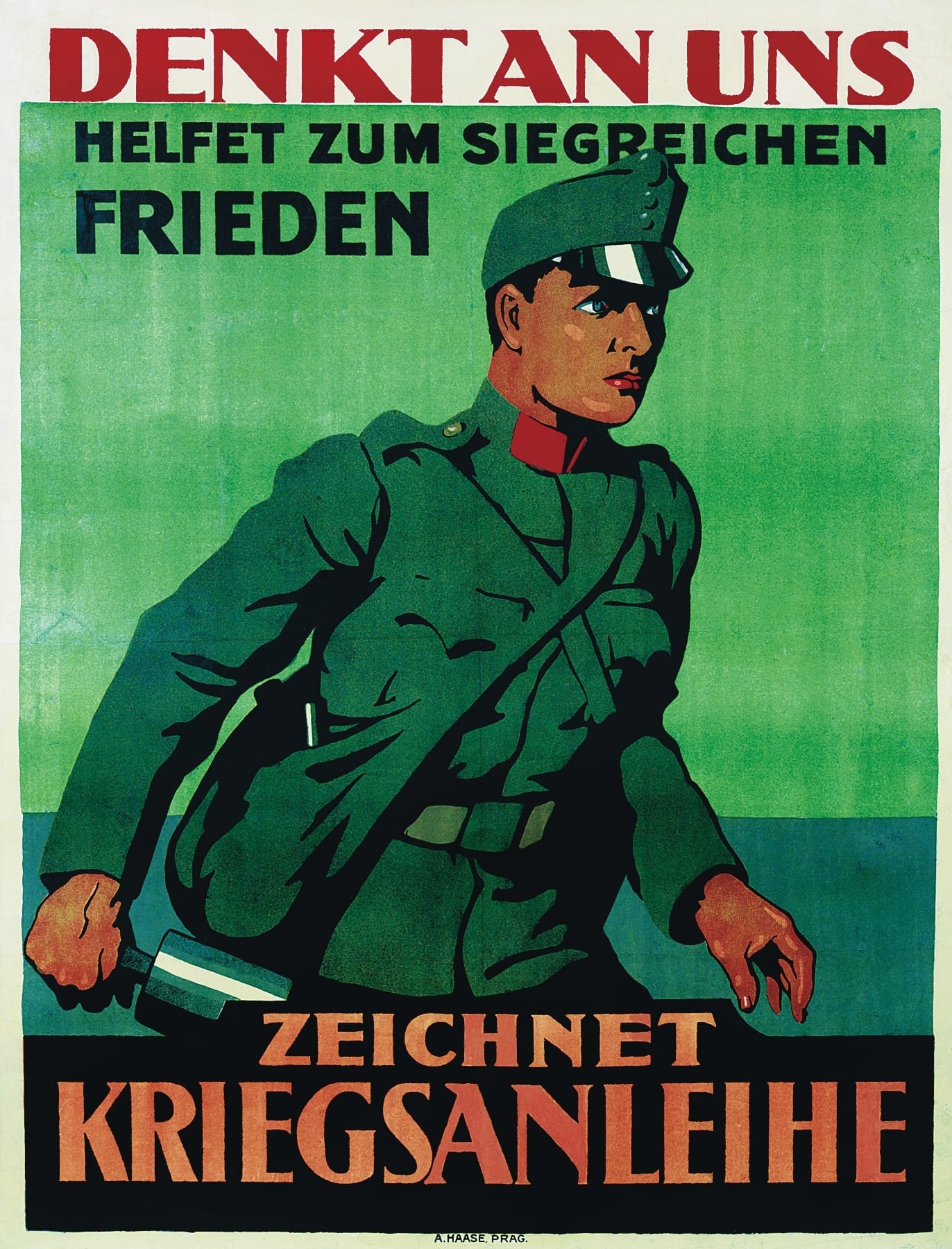 Hasse: Think of Us. c.1916. Full text reads Think of Us. Help Us reach a Victorious Peace. Buy War Bonds. Printed in Prague, this poster depicts an Austro-Hungarian grenadier striding forward with confidence and steely determination. Starting as early as the late 16th century, grenadiers were infantry soldiers specifically trained to hurl the grenades that they carried at the enemy. Even for someone with a throwing arm as strong as a major league center fielder’s, this was close work of a very dangerous kind especially if you were near enough to enemy lines to pull it off. Their casualties must have been necessarily high. The soldier pictured here would need all the confidence and determination he could muster to even attempt it. The details of this rare piece are interesting. The grenadier wears the same field grey uniform which was worn by the Germans and Austrians in both world wars. The artist used exactly the same color to paint the uniform as soldier’s eyes: gray green.  Similarly he used the same shade of deep red to paint the soldier’s collar tabs (artillery?) that he has used to paint the grenadier’s lips. Perhaps the unity of color used in showing his eyes and lips matching different parts of his uniform was intended to show an overall unity between the body and the military uniform enveloping it.  At the soldier’s side he carries a bulging bag of potato masher grenades from which he has evidently taken the one gripped in his right hand. It is bought to the viewer’s attention by the sunlight glinting of its metallic surface. Another reflection is made by the sun’s rays reflected off the bill of the grenadier’s forage cap. In both instances reflections like this could be quite dangerous in close combat to say nothing of the fact that the glare produced in both instances completely negated the purpose of his camouflage uniform. Let’s just put it down to artistic license.